Conversion to MathBook XML is Complete!

It took about a year, but Applied Discrete Structures is completely converted to MathBook XML.  The source code has been converted to both HTML and LaTeX, available at http://faculty.uml.edu/klevasseur/ads2.  The main site also has a link to the source code on GitHub.  For the minority who prefer hard copy the main site also has links to lulu.com. You can buy Part 1 (Chapters 1-10), Part 2 (Chapters 11-16), or the combined Parts 1 and 2.

The content is essentially the same previous versions, but there are several  improvements/features in the new version.

Two significant deletions: Mathematica notes have been removed, and the introduction to Logic Design section of Chapter 13 has been left out for now.  I've had trouble finding a good utility for drawing simple logical gates. This is on the to-do list.

There are several other things my to-do list.  They include more a user survey, better web tracking, more WeBWork, and better cover art (I'm in a rut with the cover design!).   Some students have requested  background information on dictionaries and iterables. I may try writing up short introductions to these topics if I can find a way to integrate math into the discussion, or maybe I'll just point a good tutorial if I can find one I like.

Posted by kenlevasseur at 7:09 AM No comments:

The first three chapters of Applied Discrete Structures have been converted to MathBook XML.  There will be some adjustments to be made (like adding solutions to many of the exercises) but these chapters are in pretty good shape.

At the request of Rob Krueger (Concordia U.), I've also updated and converted the short appendix on Algorithms that we had in the 1989 edition. I added a section on the Invariant Relation Theorem that I've been meaning to write up for a while.  Having the ability to include Sage Cells into the text really enhances the html version.

The html version is available at  http://faculty.uml.edu/klevasseur/ads2

After finals and a few other chair related tasks (64 days left as I type this!), I'll make a LaTex version available. 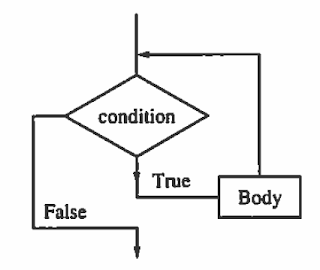 Posted by kenlevasseur at 10:57 AM No comments:

A reformatting of Chapter 1: Set Theory of  Applied Discrete Structures was just completed using  Mathbook XML, an application for authors of scientific articles, textbooks and monographs initiated by Rob Beezer, U. of Puget Sound.

The chapter was converted by exporting the Mathematica Notebook to XML and then making many adjustments by hand to Mathbook XML.  I wanted to do this as a learning process. Next, I want to explore ways to convert remaining Mathematica Notebooks using their natural structure with regular expressions. Whether that works out remains to be seen.
The source code for Chapter 1 and some abbreviated front matter was converted to html and can be viewed at http://faculty.uml.edu/klevasseur/ads-html/ .   One of the advantages of this conversion  is that the html sizes nicely to whatever you view it on, from a phone to a desktop browser.  Also it will be the easy to convert to LaTeX and other formats.